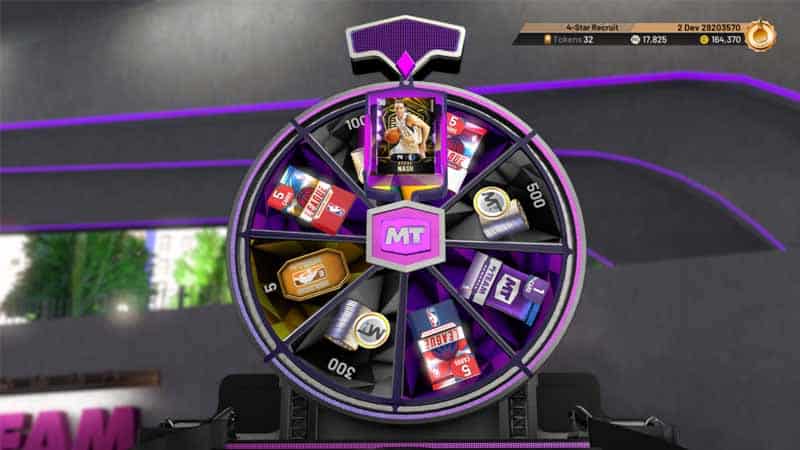 Upon initially viewing the newest trailer for NBA 2K20, it’s easy to mistake one of the world’s most popular basketball video game franchises for a new online casino.

The flashing neon lights, daily bonuses, slot machines, pachinkos, prize wheels, and unique theme—basketball in this case—are routinely part of the pomp and circumstance whenever a new legitimate online casino launches in either the U.S. or international gambling market.

Except this is a basketball game; not a casino game.

And with marketing directed at anyone who’s at least three years old and up—indicated by the PEGI 3 rating—it’s a far cry from a legit casino.

However, the damage had already been done, and YouTubers—like YongYea, who frequently covers the latest video game industry news—were quick to inform the public of 2K Games and Take-Two Interactive, the game publishers parent company, of the asinine decision made by the Triple-A video game giants to include literal gambling in a basketball game for 3-year-olds.

The trailer is now unlisted, but here is YongYea watching the video and breaking down each of the NBA 2K20’s new gambling features.

The main reason for why this is illegitimate gambling stems from the randomized number generator (RNG) mechanic commonly found more and more in video games known as the “loot box.”

These cards can be earned slowly just by playing the game or more importantly, the grind can be completely skipped if you’re willing to shell out the cash.

And there’s no guarantee that you’ll get the player you want, and card drop rates for top players, like LeBron James, Kevin Durant, or Stephon Curry, have been extremely low in the past with estimates being in the 0.1% to 2% range.

Despite all legitimate and regulated brick-and-mortar and online casinos clearly displaying the odds of winning and payout rate on RNG-based gambling games, such as slot machines, the video game industry is finally requiring these companies to inform players of their chances thanks to Sony, Microsoft, and Nintendo.

But that’s far from the biggest issue.

The ESRB, the video game rating board in the United States, clearly states on its site that games with “gambling with real currency” should receive an Adults Only 18+ rating.

With digital currency being purchasable with real money and the game clearly featuring literal slot machines, pachinko, and prize wheels that accept digital currency, one must ask:

Why did NBA 2K20 receive an E for Everyone rating?

Some have pointed out that because you can’t “cash-out” of these loot box video games, it can’t be considered gambling.

Fair point, but doesn’t that make it worse? At least—if your age 18 to 21 depending on the jurisdiction—you can win money when gambling at a casino or sportsbook.

And with that in mind, let’s call the loot box by what it really is: Theft.

What you’re paying for is a digital good, whether it be a player card or cosmetic shoes for said player, that will be worthless when NBA 2K21 is inevitably released next year.

These items contain no value after a year, and it could be argued that they don’t contain any value right from the start because there is no payout option.

NBA 2K20 and any other game that uses loot boxes have essentially created a black hole that entices players, most of whom simply want to play a fun basketball video game, to chuck money into it in the hopes of getting a competitive advantage online.

Fortunately, there is some good news: The black hole may soon be closed.

The lawmakers at the federal level of the U.S. government are now looking into the issue, and the U.S. Senate has introduced a bill to classify loot boxes as gambling.

The big game companies will fight and attempt to lobby there way out of this mess, but with our nation’s children targeted in the marketing, it’d be hard to imagine them weaseling out of this one—especially when illegitimate casino games are on full display in a basketball game made for everyone ages 3 and up.