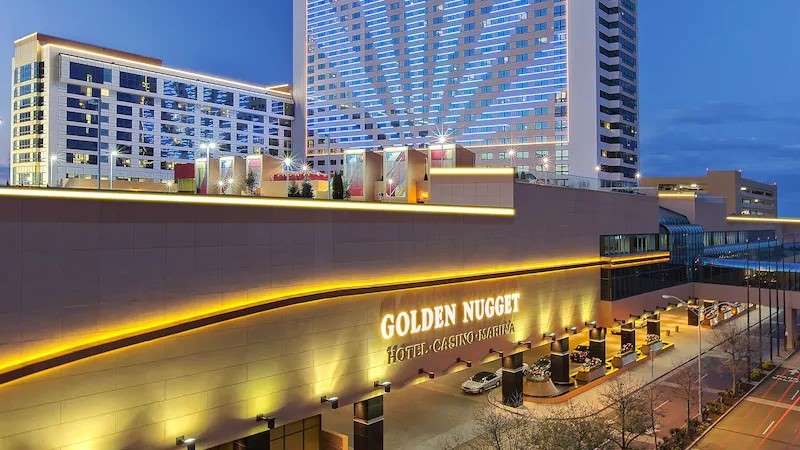 In May 2018, New Jersey made history as the winning party in the Supreme Court case that led to the overturn of the Professional and Amateur Sports Protection Act (PASPA, 1992).

Last week, some 15 months later, New Jersey is again making history. This time, the Garden State has set a new standard on transparency that has positive implications for the entire American gambling market.

Here’s why that matters.

For more than a year, gamblers and sports bettors in New Jersey have not been allowed to wager on NBA games at the Golden Nugget Atlantic City.

Now, with the passage of A-5463, that’s finally changing.

Of course, this entire episode might sound like a curious and unfair exclusion. All the other casinos and racinos in the Garden State have had NBA betting since Day One, after all. So what’s the deal?

As a result, even as the rest of the AC Strip, The Meadowlands, and Monmouth Park welcomed sports betting and profited immensely from the pastime, the Golden Nugget was left without professional basketball wagering thanks to that potential conflict of interest.

And though football commands the lion’s share of sports betting action in the US, a lot of money is also bet on NBA games. Overall, the league sees billions of dollars of betting handle nationwide, second only to the NFL and collegiate football. In other words, the Golden Nugget has lost out on a non-trivial amount of money.

For anyone paying attention to the legal casino industry in the United States, it’s interesting that this development took as long as it did, particularly given the scope of most professional team owners’ portfolios.

That said, perceived conflicts of interest go hand-in-hand with discussions about legitimacy, and the latter is of chief importance for casinos looking to maintain good faith with both their local governments and clientele.

In this context, it makes sense that it took New Jersey over a year to clarify the state’s stance on the Golden Nugget’s ownership status and gambling eligibility.

The new rules, per A-5463, as fairly straightforward: If a casino owner also owns at least 10 percent of a professional sports team, his or her casino may take bets on the sport in which their team is a member club. However, the casino may not take bets on games involving the specific team in question.

Thus, Golden Nugget patrons can now wager on NBA action, though they will not be allowed to bet on any Rockets games. Given that Houston is 1600 miles from Atlantic City, that shouldn’t be a big deal.

What is a big deal, however, is what the new law means going forward.

While it only affects casinos and racinos in New Jersey, states have a tendency to model their own US gambling laws on other states’ legislation, and that could have huge implications for other teams and owners going forward.

Indeed, the two highest-profile team owners in America – Jerry Jones of the Dallas Cowboys and Robert Kraft of the New England Patriots – also have gambling interests. In fact, Jones’ hospitality company is looking to actively develop an Arkansas casino, which is doubly relevant given that Arkansas’ first legal sports bets were taken just last week.

All in all, team owners (or partial team owners) having stakes in casino enterprises isn’t uncommon. Boston Celtics partial owner Gary Loveman sits on the Caesars Entertainment Board of Directors, while the Maloof family – who previously owned the Sacramento Kings and had various casino interests – now own a part of the Vegas Golden Knights (and may pursue new casino ownership in the future).

Heck, the Mohegan Tribe owns the Connecticut Sun of the WNBA, and the team plays its home games at the Mohegan Sun casino.

If New Jersey’s A-5463 has legs and is adopted by more municipalities in the future, the Garden State may have planted yet another seed that’s here to stay.