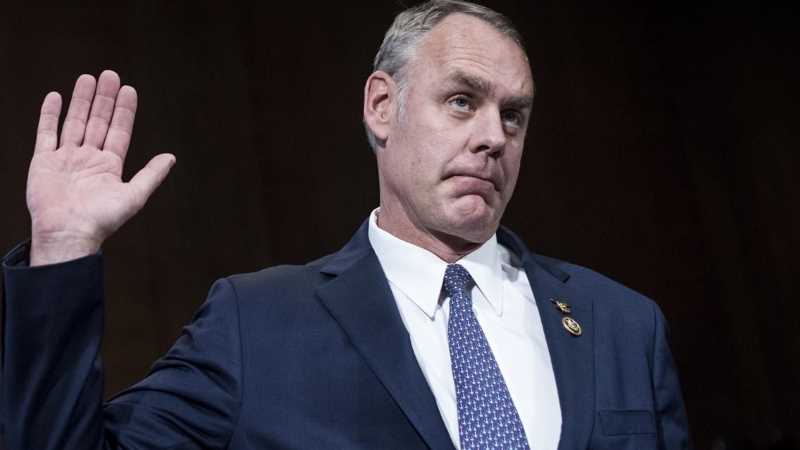 Despite being out of office for a solid year and a half, former President Donald Trump is still the most popular politician in the world.

That is, if the recent media attacks against him and his former administration are anything to go by.

Between the FBI raid of Mar-a-Lago and the most recent media push to blame Trump for those mainstream-media-approved safe and effective needle-arm whatsits we’ve all heard so much about (which is really weird since they’re so “safe and effective” and the “science is settled” even though “science changes” and stuff), this latest development doesn’t come as too much a surprise.

Naturally, the evil Trump administration also willy-nilly violated the rights of Native American tribes. After all, what minority group didn’t the burgeoning Trump economy throw under the bus with unprecedented prosperity?

At any rate, here are the allegations per the always neutral and reliable Politico:

Apparently, back in 2017, then-Secretary of the Interior Ryan Zinke denied Connecticut’s tribes the right to open and operate a new Class III casino in the state:

“The Interior Department’s internal watchdog said former Interior Secretary Ryan Zinke lied to investigators who were probing whether he wrongly blocked two native tribes from opening a casino in Connecticut in 2017. …

The investigation stemmed from tribes’ accusations that Zinke overrode Interior staff recommendations to approve the casinos, and that he instead acted inappropriately to block the project as a favor to lobbyists from MGM Resorts International, which owned a competing casino, and lawmakers from Nevada.”

Politico, of course, doesn’t bother to mention the tribes by name.

But since there are only two federally recognized CT Indian tribes, we can surmise that the peoples in question are the Mashantucket Pequot Tribe and the Mohegan Tribe.

Already the owners and operators of two of the biggest casinos in the entire world – the Foxwoods Resort and the Mohegan Sun, respectively – the tribes eventually dropped their case for a new casino after a federal judge threw out an associated lawsuit in 2019.

It’s merely a coincidence that the Trump-endorsed Zinke just made the November ballot for Montana’s District 1 US House of Representatives seat.

At any rate, the situation in Connecticut regarding gambling has been annoyingly contentious lately.

Incredibly, it took over three years following the 2018 PASPA overturn for the state and the tribes to come to terms on sports betting, with legal online sportsbooks going live in CT in October 2021.

On the plus side, once sports gambling went online, Connecticut also became one of the few US gambling states to offer full online casino action at the domestic level.

Luckily, though, this is an arena in which legit online casinos operating offshore almost always compare favorably to local CT options due to their nearly universal 18+ minimum gambling age.

Time and again, we see this constant tug-of-war between state interests and tribal interests, with the former trying to weasel out of its compact obligations via technicalities and the latter almost always citing racial animus whenever they don’t get their way.

And it’s times like these that we’re extra glad the international casino sites we play with stick to online gambling and literally nothing else.

As ever, too much politics ruins everything.