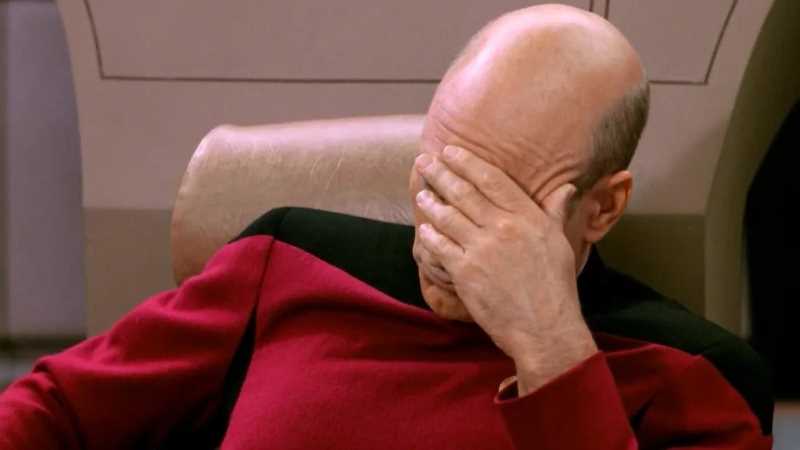 When you’ve been writing about casinos as much as we have, you’ve pretty much seen it all. So, when something pops up in the old news feed that’s being ballyhooed as some big thing – even if it’s not the next big thing – we prick up our ears.

Usually, we come away unimpressed.

And so it was earlier this week when we saw the following headline from TheStreet:

“A New Type of Casino Coming to Las Vegas”

Well, that’s intriguing, isn’t it? After all, casinos are about as old as civilization, and there doesn’t seem to be a whole lot of fundamental innovation left for the brick-and-mortar gambling market. Yet, says TheStreet, that isn’t exactly so (spoiler alert: Yes, it is).

“Sin City has something for everyone. Now an experienced casino operator wants to cater to a huge audience.”

If we knew how to insert that bug-eyed emoji on the page and have it render properly, we’d do that now.

Okay, so what exactly is this big new audience that no Vegas casino has ever gone after before?

Well, before the reveal, we’d be remiss not to include TheStreet’s setup. The site does make a few good points. The fact that those points undermine the hype of the article shouldn’t matter. Yet.

So, here’s the premise, per TheStreet:

Basically, all the biggest chains in Las Vegas – brands like Caesars Entertainment, MGM Resorts International, Wynn Resorts, etc. – are big into making as much money as possible. “They want to lure as many tourists, businesspeople, and even locals to their megaresorts.”

Well, we can’t argue with that.

Then, once those patrons are actually inside the casinos in question, these big brands “offer specific experiences designed for more narrow audiences, but even those tend to be in very broad strokes.”

The “narrow audiences” indicated here – you know, the ones approached broadly – aren’t disclosed, but we assume the writer means “people with money” and also perhaps “people with even more money.”

But, naturally, at the end of the day, “big casinos essentially play the hits just like the headliners in their various concert venues.”

The metaphor – which is expanded on – is actually pretty apt, so we recommend following the link to the source and checking it out for yourself. While you’re there, you might as well read the rest of the report, and then check back here.

Now, for those of you who still don’t know what this nonsense is all about because you didn’t follow the link in the first place (which we assume is everyone), here’s the punchline.

Brace yourself. Maybe sit down or something.

Are you ready? Are you sure you’re ready?

Okay, here it is.

Ojos Locos is a Tex-Mex “Sports Cantina” that has TVs on the walls and plays international soccer games when it’s not Saturday or Sunday during real football season.

The place seems to cater specifically to Latinos as much as every Mexican restaurant ever. That is to say, it caters to everyone everywhere all the time.

Honestly, it’s pretty difficult to view this as anything more than a cynical Hail Mary to cash in on some vacant former gambling house that was probably shuttered as a result of two years of COVID lockdowns.

Now, we’re not saying that a Tex-Mex Cantina-Casino-Sportsbook-Hotel is a bad idea, because it’s not. They have chicken wings! They have bottles of Modelo in buckets of ice! With limes!

But it isn’t remotely revolutionary – not by any stretch of the imagination. And we’ve got to ask: Have these people ever actually been to Vegas?

The Strip does a perfectly fine job of catering to Latinos – and everyone else on the planet – without the PR of “world’s first” whatever.

And do you know why?

For the same exact reason Latino folks play the slots and buy lottery tickets and go all in on Red 25 in the first place.

Because gambling is universal.

Honestly, think about it. If there’s one truly universal entertainment market that bridges every conceivable cultural gap, it’s casino gambling. You don’t need to speak English or Spanish or Swahili or Esperanto or anything else, and you don’t need to understand any special cultural conventions.

We might feel like a fish out of water walking around in China, but we’d feel perfectly at home in a Macau casino.

Sure, math helps when you’re trying to divine out the best blackjack odds or roulette payouts or that potential river card when you’re all in on a pair of brain-melting infuriating garbage for the fifth game in a row, but you don’t need much of the stuff to enjoy a night out at the slots or the felts.

Literally everyone understands booze and betting, and we find it difficult to imagine that this new project is going to succeed on anything more than the merit of the Ojos Locos menu. (Admittedly, it does look tasty.)

And that’s all this basically is: a Mexican restaurant.

At only 10,000 square feet, the place is going to be way smaller than a standard Dave & Buster’s and probably not too much bigger than a Buffalo Wild Wings. The Chili’s around the corner from my apartment is bigger.

Yes, of course we’re going to check out the joint once it opens, but there’s no way in the world this is going to attract a bigger Latino audience (or bigger any kind of audience) than any other new or renovated Vegas casino. And it certainly won’t be pulling in Latinos at a faster clip than the competition on the Strip.

Anyway, here’s what Fifth Street Gaming CEO Seth Schorr had to say about it all:

“We are gratified to join together on this endeavor with Ojos Locos, a vibrant and growing brand which has, over the last 12 years, established itself as a national leader in providing authentic hospitality experiences to the Latino community. Their expertise, combined with our 15-year record of producing successful events designed for the Latino audience in Southern Nevada, makes them the ideal partner in this first-ever Latino-focused integrated gaming, dining, and entertainment venture.”

Of course, if you don’t want to be pandered to – or, for that matter, excluded from – you can ignore all this nonsense and just stick with legitimate online casinos.

At least, until we get hungry.