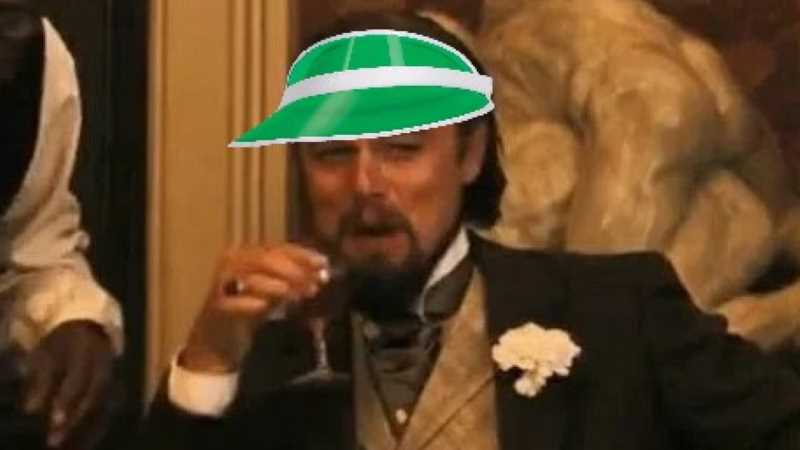 As the gambling industry continues to grow apace in America – there are more state-based brick-and-mortar casinos, legit online casinos, and legal online sportsbooks than ever before – it’s inevitable that a few pro-gambling outfits would move forward with some pretty disingenuous ideas.

But it’s also inevitable that just as many anti-gambling outfits are doing the same. Indeed, the anti-gambling shills have kicked their advocacy into overdrive of late.

Naturally, this is always to be expected.

But it’s astounding how their anti-gambling arguments – every time – are predicated on the same tired false equivalencies and outright lies.

The best – or rather, the most recent – such example is in this Monday article from The Atlantic.

Naturally, as befits the tone of the phony highbrow artistes writing for that rag, the trite diatribe is thin on facts and heavy on arguments nobody ever made in the first place.

So, let’s critique the critic.

Here’s the title of the piece in question:

“The Sports-Betting Boom Is a Moral Disaster”

First things first, “sports betting” isn’t hyphenated. Only someone comically unfamiliar with the subject at hand would make such an overt error right off the hop.

So, at least we know this person – one Matthew Walther – is the furthest thing from an authority on the subject (or any aspect of the subject).

Second things second, this entire article is only 1184 words long. Mr. Walther here actually thinks he can explain his position convincingly and with merit in a hair over a thousand words.

Also, it’s worth pointing out that the lead image for the article linked above is an animated GIF of a horse race. Sports betting and horse racing betting are wholly separate markets in terms of both historical access and by their very legal definitions.

We could write the whole thing off as so much nonsense right then and there, but where’s the fun in that?

“About five years ago, I traveled for work to Las Vegas, where, at the behest of a friend who would almost certainly fit the New York State Office of Addiction Services’ definition of a problem gambler, I collected on a bet. …

I didn’t mind doing this favor. The world of sports gambling was almost totally invisible to me, and I now realize that by helping my friend, and listening to his lengthy monologues about the difficulties of accessing private networks also favored by serial copyright violators in order to place quasi-legal wagers with Irish sports-betting websites, I had been given a window into what would soon become a vanished universe.”

So not only does this guy have a problem with gambling (even though he was willing to collect on a bet for his gambling-addicted friend who had been banned from the sportsbook in question and was thus knowingly feeding and enabling this friend’s gambling addiction), this shill also has a problem with VPNs.

Because after all, individuals interested in protecting themselves from online identity theft and invasive tracking software must be up to no good. There’s no other explanation.

They’re just “serial copyright violators,” you see. There’s no other logical explanation for why anyone would need to use a VPN, you see.

He probably isn’t a fan of Bitcoin, either.

“Half a decade later, the private world of VPNs and off-the-Strip oddsmakers—to say nothing of actual bookies, about whom I never asked my friend—is poised to become as remote as visits to the apartment-complex pot dealers of yore, with their aloha shirts and exotic pets.”

Who was this guy buying his drugs from? A television sitcom?

Also, it’s more than a little disingenuous comparing gambling – any kind of gambling – to buying drugs on the street. Or, you know, actually doing those drugs.

Yes, they’re the “same” in the sense that they represent avenues of self-determination and that the vast majority of people who partake never cause problems for their neighbors next door or their communities at large.

But otherwise, in the discussion of social ills that this drivel purports to be, they’re not commensurate.

Of course, Mr. Walther here is just getting started.

(Someone really should remind this clown that it’s “unethical” and “immoral” that he has the same surname as a famous gun manufacturer. Mr. Walther should adopt a pen name lest some reader – unable to control himself or herself because, let’s face it, every adult on the planet is plain inferior to Mr. Walther himself and desperately needs his guidance and direction to make sure they don’t fall victim to their own poor decisions – goes out and buys a James Bond gun and shoots some innocent people or something. This guy is – by his apparent standards of association – encouraging murder, right?)

Mr. Walther has a question about legal online gambling.

“My question is whether this is a good thing. Who really benefits from the legalization of online gambling? How does sports betting fit into the meta-narrative of progress into which large-scale cultural changes in this country tend to be subsumed?”

There has been no cultural change. The people set the culture of a land.

Sports betting and gambling have been commonplace in every state since the literal founding of America, and they’ve been prevalent in all European, Asian, Middle Eastern, African, Australian, South American, and Central American regions since recorded history was a thing.

The only difference now is that more than a paltry 3-5% of the action is being taxed. There’s no uptick in participation, only taxation.

Which, to be fair, is pretty immoral. But we don’t think that’s the angle Mr. Walther is going for, here.

“For all the complexity of recent American history, we generally tell ourselves one of two stories about the transformations our society has undergone in the last century or so. One is a story about deliverance: the struggle of a persecuted minority to secure its ancient liberties. The canonical example is the civil-rights movement [and] the repeal of obscenity laws and the legalization of same-sex marriage…”

Is Mr. Walther really seeking to frame the wider legalization of US online gambling as illegitimate because it doesn’t rise to the level of alleged social import as the civil rights movement, constitutional free speech guarantees, and legal gay marriage?

“The other story involves not the safeguarding of inalienable rights but the ostensibly reluctant acknowledgment that various pervasive social evils (the use of drugs, for example) should be mitigated rather than proscribed. This is how we are supposed to make sense of clean-needle-exchange programs and the distribution of prophylactics in schools; it was also, in the days of “safe, legal, and rare,” the most common account of abortion rights. Although not as sweepingly heroic as civil rights or First Amendment absolutism, harm reduction is nevertheless understood as a triumph of the same essentially humane principles.”

“In which of these two categories—the enshrinement in law of a basic first-order good or the rueful acceptance of a seemingly ineradicable vice—does the legalization of online sports betting belong?”

The logical fallacy at play here is the false dilemma.

The legalization of gambling is about neither of those things. It’s about state governments seeking to tax pervasive and erstwhile untaxed activities to generate more state income.

“I, for one, don’t see how being able to place a $30 prop bet from the comfort of one’s toilet seat is a civil right, much less how the sordid legislative process that has given rise to legalized gambling is comparable to the generation-spanning struggle to end segregation, for example.”

Good heavens, man. Just because you end something with “for example,” that doesn’t automatically make it a valid example.

Malum prohibitum laws are total nonsense, and everyone knows it.

We’ve been tracking every piece of new gambling legislation that’s been presented since before PASPA was overturned in 2018, and it’s all been 100% by the book. No backroom deals, no midnight riders on unrelated bills like the UIGEA disaster.

The legislative process – in every single state with legal gambling – has been as straightforward as any other.

Now, if Mr. Walther is arguing that all lawmaking is sordid and that laws themselves – that is, the very institution of law itself – is fundamentally “sordid” and corrupt, we might be more sympathetic. Yet somehow, we doubt Mr. Walther is going all in on the ancap thing.

Finally, who exactly compared mobile sports betting to the “generation-spanning struggle to end segregation”? This is something Mr. Walther literally made up on the spot to hit his word count and max out the fake outrage meter of the three prudes who read this trash and took it seriously.

Anti-gambling peeps, listen up: If you can’t make your point without using ridiculous strawman arguments, presenting false choices, and engaging in all the other formal and informal logical fallacies, you don’t have a hope in the world of being taken seriously.