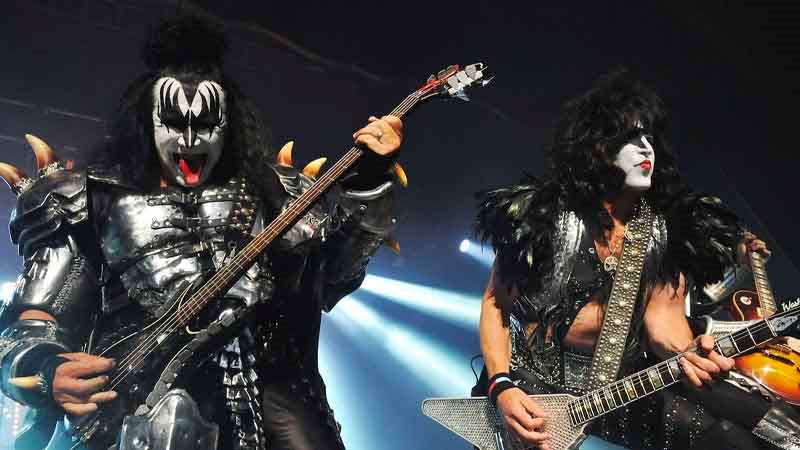 You wanted the best casino. You got the best casino. The hottest band in the land’s casino? KISS! That’s right. The Rock n’ Roll Hall of Fame band KISS, who has famously lent their names to just about anything commercially producible, is building a new casino in Biloxi, MS.

Of course, it’s not the original four members of the group. Paul Stanley and Gene Simmons are the only original members that remain, and together they helm the massive KISS empire that has produced everything from Hollywood motion pictures to KISS themed caskets.

The new casino is an extension of KISS’s Rock & Brews brand. They currently own 21 restaurants under that title. The proposed casino will be built on the location where Margaritaville Casino sits presently. It has been closed since 2014, and the city of Biloxi is looking forward to revitalizing that section of its gaming strip.

KISS and their empire are worth hundreds of millions of dollars, but they are not entering this venture alone. The $200 million Rock & Brews Casino is being co-financed by RAM Development. Construction will not begin until the group receives approval from the State Gaming Commission and the Biloxi Planning Commission. Gambling Laws have allowed for casinos in Biloxi since 1992.

Despite regulation hurdles not being cleared just yet, WLOX is reporting that construction is expected to begin in 2020.

So what will the new casino include? Casinos in the USA are nothing new, so how will this one differ? What we do know is that the casino will contain a concert venue that can seat 3,000 people, at least one massive restaurant, a 200-room hotel, and of course, a large casino floor. But what about Rock & Roll memorabilia?

There’ll be plenty of historical items from the extensive timeline of rock music decorating the halls of the new casino. If it is anything like the décor of their restaurants, then the focus will not be on KISS at all. Instead, artifacts from many of the artists featured on classic rock radio will adorn the walls of the entire building.

KISS has been on their “The End is Near…” tour for over a year now, and they have declared that it will be their final tour before putting away their makeup and guitars for good. Even though they are on the road, Simmons and Stanley have kept their eye on the ball regarding their financial interests.

Rock & Brews Restaurants debuted in 2012, and their 21 locations range from large metropolitan areas of the United States to popular airports. It is an odd pairing if you know the history of Gene Simons, who has never had a drink of alcohol in his life.

That’s never stopped KISS from benefiting from an economic opportunity. Cash is king in KISS’s world, and they’ve got a full line of products to prove it. Adding a legitimate casino to their portfolio should surprise no one.

The casino is preparing for a ribbon-cutting ceremony that will take place on March 15th. KISS performs a concert in Biloxi on that date, and Gene Simmons, Paul Stanley, and other investors involved in the project are expected to be on hand for the ribbon-cutting.