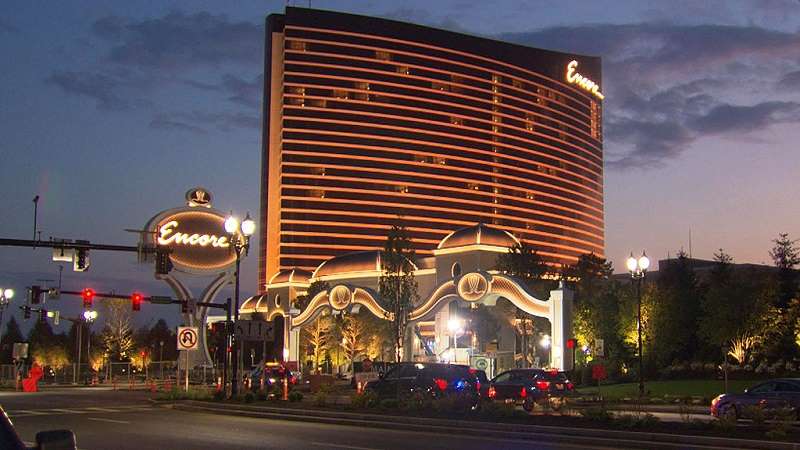 The Encore Boston Harbor opened just five months ago in Everett, Massachusetts, and the venue is already beset with problems.

However, the good news for the $2.6 billion Wynn Resort development is that the current issues are fixable and align more with typical growing pains than with foundational or systemic shortcomings.

While the venue has seen declining overall GGR (gross gaming revenue) numbers with October’s $45.8 million haul representing its lowest monthly take to date, some of that can be explained away as a seasonal lull. After all, the holidays – and customers’ requisite holiday expenses – are fast approaching.

However, the Encore is also facing a decline in revenue because many area locals feel that the upscale casino is simply too expensive for casual gamers.

That criticism has been taken to heart by the Encore’s new management team.

The company’s new president, Brian Gullbrants, was installed in the position just last month after former president Robert DeSalvio stepped down, and he has been quick to address the complaint.

One of the chief deterrents for the legal casino gambling community in Massachusetts was the fact that the Encore was nickel and diming its patrons with excessive table game minimums of $50 and parking fees for all customers.

Now, those parking fees have been eliminated altogether, while the table games have seen their minimums reduced to $15. These changes, as well as other reductions to shuttle and transportation fees, should promote wider adoption among casual gamers.

Gullbrants explains the new approach, admitting that the company had made mistakes.

In addition to the above, the Encore Boston Harbor is also extending its bonus options to a broader range of clientele.

In the first few months of the Encore’s operations, its reward card program was limited only to high rollers. Instead, a tiered card system rewarding all classes of players will be installed. That is scheduled for an early 2020 launch.

Whether or not these adjustments will encourage a dramatic uptick in new visitors remains to be seen, though it is undeniably a good start and should, logically, draw in more of the rank and file customers that the venue needs to thrive.

Aside from the above, the casino is also facing challenges from those in the surrounding community who claim that the venue is responsible for a measurable increase in criminal activity.

According to local law enforcement, more than 160 people have been arrested or have received court summons for criminal activity at the venue.

Police records show that cheating, larceny, assault and battery, disorderly conduct, and other charges have been meted out for unruly patrons of the Encore.

However, this is not altogether unexpected. Before the Encore was built and opened in Everett, the area was industrial and largely barren. Very little crime existed in the immediate vicinity simply because very few people were there in the first place.

But with a major casino resort now occupying the area, there is more opportunity for criminal activity in general. And unsurprisingly, most of that activity is alcohol-related.

Per the Massachusetts Gaming Commission’s Gayle Cameron, commercial casino resorts – due to their sheer size and customer volume – invariably lead to an increase in crime:

“I’m not surprised. I’m not. We anticipated there’d be some issues. Yes, there is some criminal activity, and the bigger issue is around some drunk and disorderly behavior.”

Everett police chief Steven Mazzie concurs with Cameron’s assessment and is similarly unconcerned, noting that such is par for the course when a development of this stature fills a vacuum.

“It’s right in line with our research, with what thought we’d see. … Obviously, some people are overindulging in alcohol, which leads to people getting intoxicated and maybe fighting, causing disturbances.”

While such incidents are not being dismissed, there is also no real solution to the problem. A large casino is going to attract a large customer base, and some of that base will invariably include the occasional troublemaker.

For the Encore, the bigger issue is one of public relations. If the casino gets the reputation of being a hotbed for criminal activity, that could negatively affect local attendance far more than expensive table game limits and paid parking has.

Fortunately, common sense should ultimately prevail, and the venue should see little harm from this increase in petty crime.

Further, It seems unlikely that area residents will blame the Encore for the poor decisions of a tiny subset of its tens of thousands of weekly patrons. And it is even less likely that these incidents will radiate out from the casino’s premises and impact the surrounding community.

Nevertheless, if you live in or around Everett and are concerned about gaming at the Encore, you do have other options.

While Massachusetts has not passed any gambling laws that allow domestic online gaming, you can safely access a host of offshore casino sites. There, you can play your favorite real money slots and table games without breaking the bank or otherwise running into any trouble like you might at the Encore (or any other brick-and-mortar gambling venue).

The Encore Boston Harbor may be off to a rocky start, but there is plenty of time for the facility to get its bearings and right the ship.