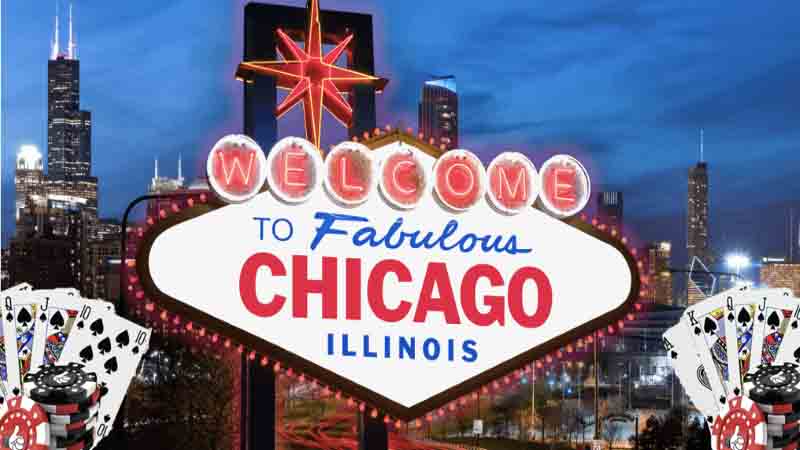 Amid a surge in sports betting and gambling legislation throughout the United States, many are beginning plans to open state-based casino operations. Illinois, having instated new changes to gambling laws this year, is looking to expand its industry by licensing new casinos.

The city of Chicago has been very public with its desire to develop a megaresort that stands up to the fame and luxury associated with brands such as Hard Rock or The Blackstone Group. However, it may be a hard bet for the state considering their requirements for licensure.

The city expects developers to spend upwards of USD$1 billion on the project, leaving many daunted by the substantial investment.

While the casino market is an incredibly lucrative industry, COVID-19 has proved that even the greatest of titans can still take a critical hit. Because we aren’t quite out of the woods regarding that situation, there is an added layer of unease for gambling operators.

Chicago would like to see an establishment with 5 stars and over 500 hotel rooms, supplemented by 60,000 square feet dedicated to meeting spaces and reserved locations Chicago-based vendors to set up shop.

Government officials have been avid proponents of a new casino, citing the USD$200 million in tax revenue to be gained. While Illinois has casinos spread across the state, market analysts have found that many residents of the area cross the border to Indiana to do their gambling.

However, it is unclear whether accessibility is the only reason patrons look to out-of-state options for gambling. Chicago has been historically named as one of the most crime-ridden cities in America.

It makes sense that casino-goers would want to do their gambling elsewhere; no one wants to get robbed right after claiming their winnings.

It’s an extreme assumption, but certainly a note that developers and gaming operators are considering as Chicago pleads for a new casino.

There is also the issue of overcrowding. States balancing commercial and tribal casinos are especially beginning to run into this issue.

Florida, for example, is being bullied into allowing for commercial casino expansion in the state. While property lines and distancing measures are in place to prevent the issue of overcrowding, the existing casinos in the state must already vie for the patronage of Florida residents.

The Future for Chicago

Illinois casinos were previously limited to riverboat operations, making this Chicago project the first of its kind in the state. With that publicity alone, a casino is sure to do fine in that region.

However, with great costs to developers comes even greater tariffs on patrons. Chicago’s game plan is to extract as much profit for the state as possible.

That said, drinks are free when you play at home. And for that reason, we will always advocate in favor of trusted online casinos. Our website is chock-full of resources to help you find an online casino that fits just right.